Sometimes I say I’m Houston’s number one fan. I love that it’s a place where people can not only dream big, but that others will come alongside and help. I love that it is down to earth, without an air of pretension. Houstonians work hard and they work hard together. We care more about our reality and our future than our reputation. In Houston Hotspots, we will shed light on places, people, organizations, companies that we think are really special. Because Frame Dance is so collaborative, we’ve had the opportunity to work with so many incredible people we think you should know about.

I could go on and on and on, so good thing this is a recurring column.

“After the birth of my beautiful daughter at the end of the summer, I started a new job teaching composition and music theory at Stephen F. Austin State University.  Around that same time I was chosen as Musiqa‘s first “Composer+Intern”, a kind of composer-in-residence position through which I was commissioned to write three new works for their current season (the next one is at the CAMH on February 26!).  It was a joy to finally be able to bring to life Imaginary Spaces, which debuted as METRODances, with Frame Dance Productions.  The project had been in the works for quite some time, so it was really great to have it come alive and to get support from the Aaron Copland Fund for Music.  Most recently, my orchestra work Impact got its U.S. premiere by the Shepherd School Symphony Orchestra, and my opera collaboration with composer-librettist (and Houston native!) Impact got its world premiere by the Mexican National Symphony in the Palacio de Bellas Artes in Mexico City in May 2014. John Grimmett and I were selected by Fort Worth Opera for its prestigious Frontiers program and showcase.  Our opera, And Jill Came Tumbling After, will be workshopped and performed in Fort Worth in May.”

We’re calling all composers to submit to our annual music competition, for a chance to find a collaborator for one of our  live dances, and/or one of our dance films. We’ll be using the winner’s music in one of our pieces for the Spring season.

We do not accept works previously licensed to third-party publishing companies.  This requirement, of course, does not limit works that are self-published where the composer has not entered into a licensing relationship with a third party. 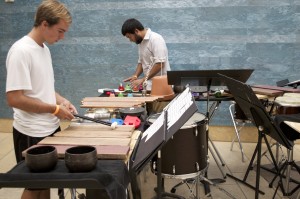 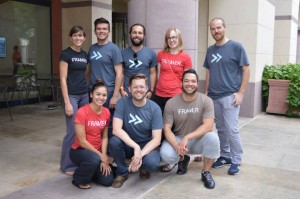 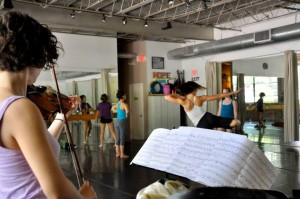 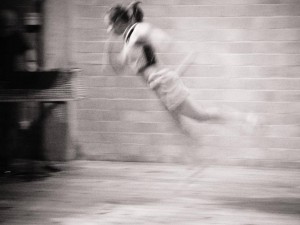 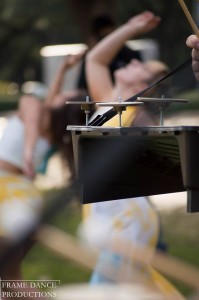 Good Luck! We look forward to presenting your music!

We’re getting really excited about this year’s Music Composition Competition. This is the fifth year! We’ve been beyond honored to work with not only ridiculously talented composers, but kind, funny, collaborative people.  Today was inspired by this, which makes me realize how important it is to be inspired by your collaborators, but also to have fun.  These are some fun promo videos we made for a show in 2013.

Talking to the composers about their music:

Ecouter: Another Afternoon with the Composers from Frame Dance Productions on Vimeo.

Ecouter: An Afternoon With The Composers from Frame Dance Productions on Vimeo.

Check this out about our upcoming piece, METRO Dances!

“Frame Dance artistic director Lydia Hance has little interest in traditional performance spaces. In fact, her most recent shows have occurred in the back of a truck and Good Dog Houston. She prefers audiences members to be 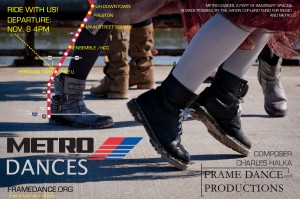 scattered among the performers. She’s ready to take it to a new level on Nov. 8 at 4pm with Metro Dances, which begins at Hermann Park/Rice University and ends at the Preston stop for a final performance at Market Square.

Dancing will occur on and off the train, and audiences are free to come and go. Halka, a former winner of Frame Dance Composer’s contest, will provide the mobile score. This will mark his third collaboration with the troupe. Of course, the only ticket involved is a $1.25 MetroRail pass. The show is nicely timed to coincide withMusiqa’s Market Square opening night concert.

Hance describes Metro Dances as a locomotive, mobile and public performance. “MetroRail is a space that people already have an expectation for,” explains Hance. “We know our physical role: buy ticket, wait, board, sit, get off. I want to turn that upside down and make it more exciting. If there are two things that Houston complains about, it is the heat and travel to and from work and leisure. Finding new ways of enjoying transportation opens up the possibility to make anything more exciting. And what could be more crazy than a moving stage? The dancers and musicians are in for as much as a thrill as the audience. You won’t miss us: fearless dancers and percussionists dressed in bright yellow.”