The 1940’s were dominated by World War II and  pulled the US out of the Great Depression. Women were needed in factories, agencies, companies and even baseball teams and the military to replace men who had gone off to war. Food, metals and various materials were rationed to help the Allies win against the Axis Powers that threatened the world. However, swingin’ new music from Glenn Miller, The Andrew Sisters, Artie Shaw, Count Basie and many others provided fast and up-beat songs for the latest dance crazes of the decade. 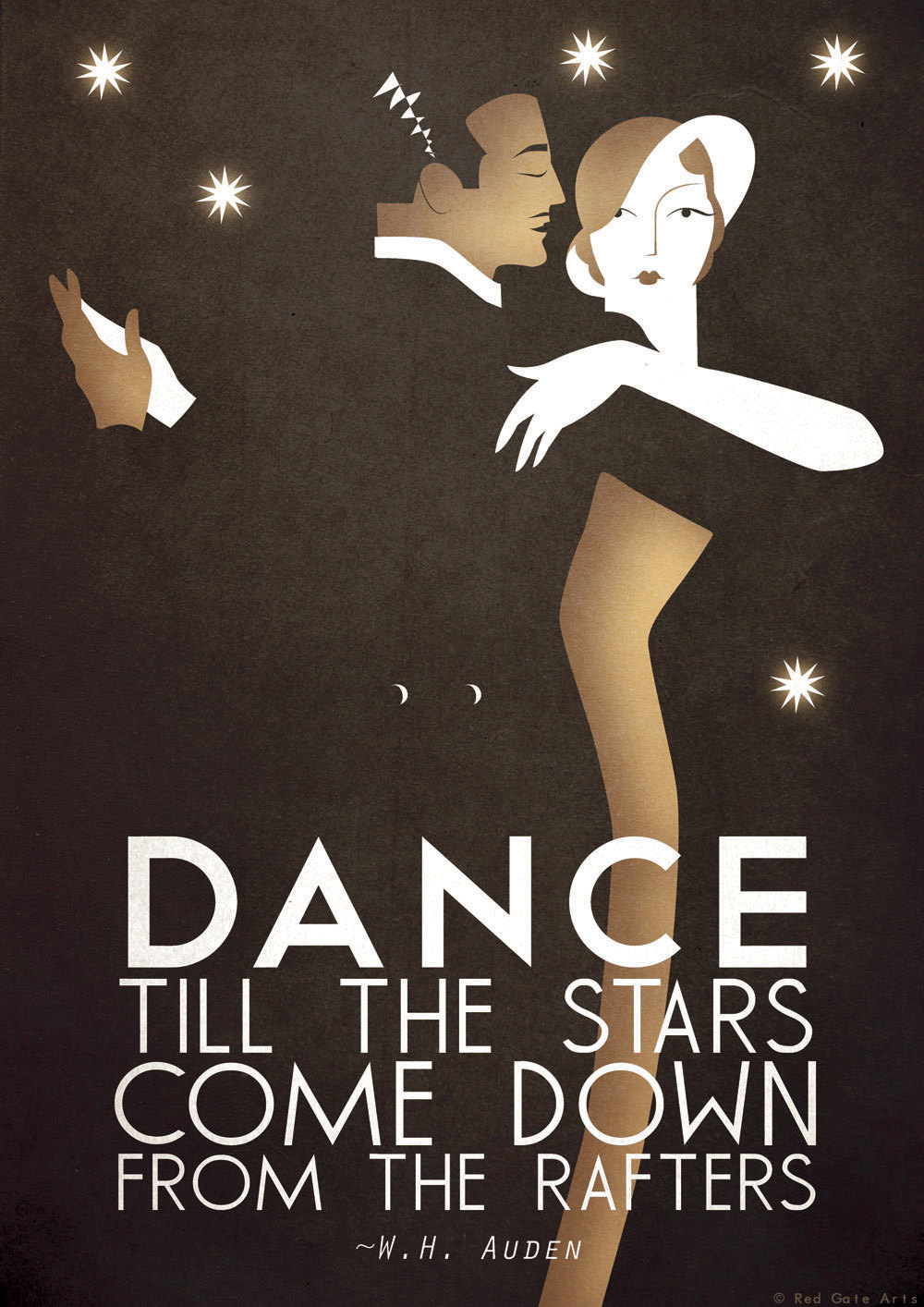 The 1930’s was a time of celebration and hardship. Talking pictures were all the rage at the local theaters and radio became a household item where everyone could tune in to hear Orson Wells tell the American public of a pending alien invasion from War of the Worlds. The Depression sent many families into poverty and many businesses were closing up shop, but that didn’t stop America’s optimism and ingenious designers from opening the Empire State Building and the Golden Gate Bridge for the whole world to see. The 1930’s had its ups and downs throughout the decade but that didn’t stop people from dancing! Dances like the Foxtrot, Tap and the Waltz were becoming popular once again on the dance floor while others like the Jitterbug and Swing were just getting started!

A Dutch instructional film from 1930, demonstrating the ballroom Foxtrot of the time.

Fred and Ginger – Waltz in Swing Time (Waltz, Tap and Swing all in one)