This next performance, Dinner / Dance 19 is taking a turn from our usual abstraction.  Because the event is a multi-course dinner, and we are navigating subject matter from planting to eating, I realized a huge part of dining is the drama and dialogue we have on a daily basis while eating a meal.  We’ve been working with some funny, and hopefully identifiable characters in rehearsal.  And now it’s time to begin introducing you to them.

Allow us to introduce: 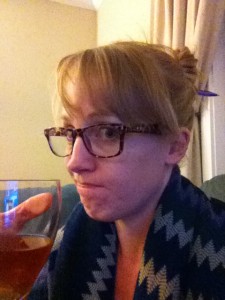 Gretchen started at Search Optimizer out of college.  She accepted lower pay than she wanted because she was promised that she would move up quickly in the company, she was one of the first employees of the start-up.  But has only had one promotion in 11 years.  Comes early, stays late.  Gretchen is only child of overachievers–  Mother is a school superintendent and Father is an pediatric heart surgeon.  She graduated with honors in 3 years with a degree in Marketing.  Always planned on going back to law school, but can’t seem to find time.  She’s not particularly liked at work, she’s a little bitter and hated by one of her colleagues.  All she wants is fairness and the success she deserves.  That’s not too much to ask, right?

Where would you find her when she’s not at work?  Reading a book with a glass of wine.  Maybe adopting another cat.